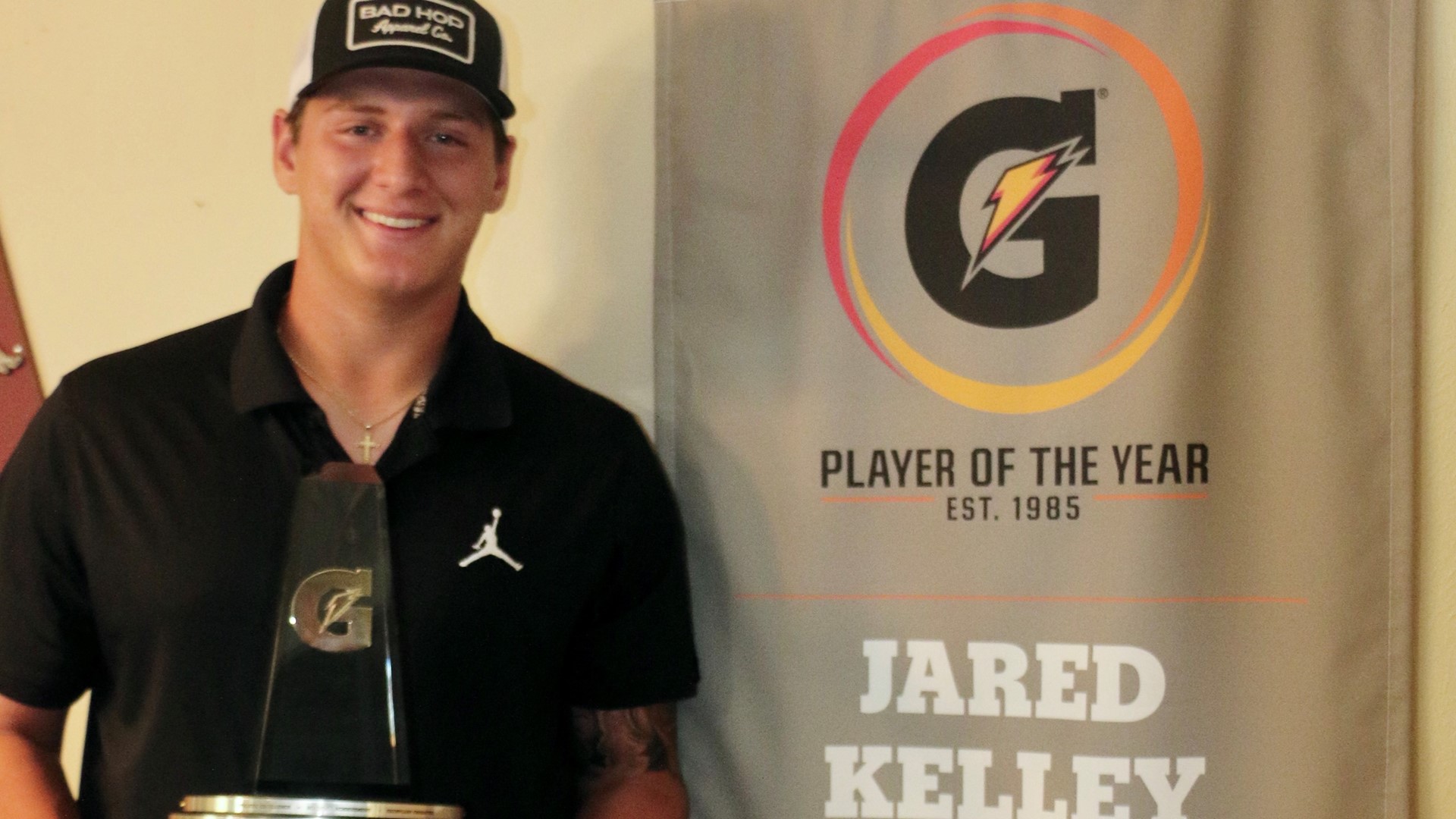 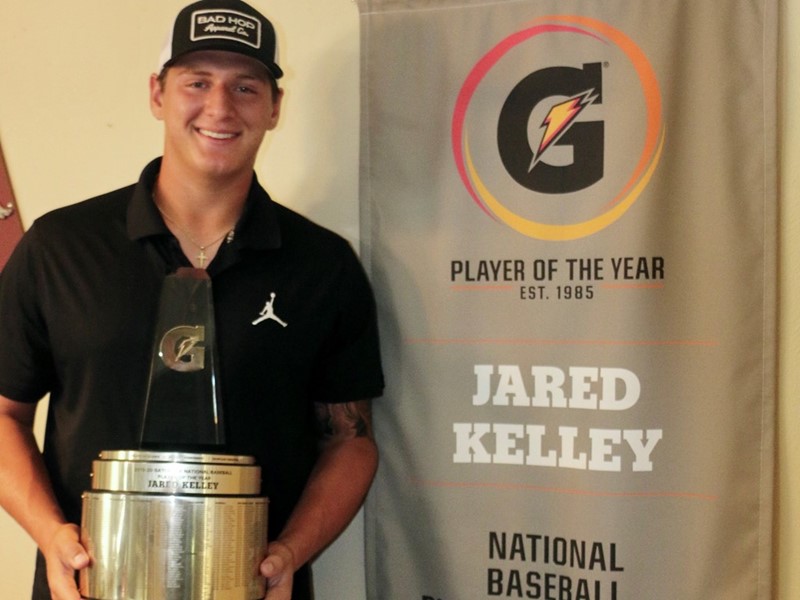 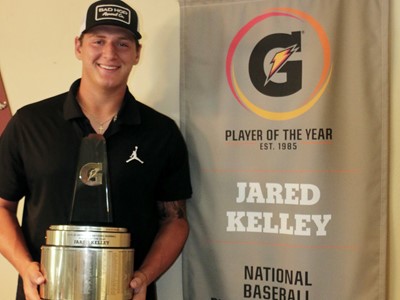 Refugio, Texas [May 28, 2020] – In its 35th year of honoring the nation’s most elite high school athletes, The Gatorade Company today announced Jared Kelley of Refugio High School in Refugio, Texas is the 2019-20 Gatorade National Baseball Player of the Year. Kelley won the prestigious award for his accomplishments on and off the field, joining an impressive group of former Gatorade National Baseball Player of the Year winners who have combined for four MLB MVP awards, 40 All-Star appearances and 27 became MLB first round draft picks.

Due to the ongoing situation with the coronavirus pandemic, Gatorade coordinated a virtual surprise, including a video call by the Philadelphia Phillies’ Bryce Harper to break the exciting news to Kelley.

The award, which recognizes not only outstanding athletic excellence, but also high standards of academic achievement and exemplary character demonstrated on and off the field, distinguishes Kelley as the nation’s best high school baseball player. A national advisory panel comprised of sport-specific experts and sports journalists helped select Kelley from nearly half a million high school baseball players nationwide.

Competition for the national award was fierce. Kelley topped the list of 51 state winners in baseball who collectively boast an incredible list of accomplishments, including eight student-athletes projected as an early round selection in June’s Major League Baseball draft, five 2019 First Team All-State selections and seven with GPAs higher than a 4.0.

Kelley is now a finalist for the most prestigious award in high school sports, the Gatorade Male High School Athlete of the Year award, which is announced in July.

“Jared Kelley owns what is easily the most big-league ready prep arm in the Class of 2020,” says Carlos Collazzo, national writer for Baseball America. “He’s got the best fastball in the high school class, a pitch that routinely brushes the upper-90s. A consistently plus changeup and a solid breaking ball make him an intimidating physical presence. Perhaps what separates him even more than his velo is the ease with which he throws everything along with his ability to dependably locate his entire arsenal. That’s rare for a prep pitcher, and exceedingly so for a pitcher with stuff like his.”

The 6-foot-3, 225-pound senior right-handed pitcher and designated hitter was the starting pitcher at the Under Armour All-America Game at Wrigley Field in Chicago last July, hurling two innings without allowing an earned run while striking out five batters to earn the win. Also a 2019 Perfect Game All-American Classic selection, Kelley posted a 3-0 record with a 0.00 ERA and 34 strikeouts in 12 innings this spring before the season was canceled. The nation’s No. 1 prospect as rated by Baseball America, he concluded his prep career with a 32-3 record, a 0.43 ERA and 23 pitching appearances in which he didn’t allow a hit.

After Hurricane Harvey devastated his community in 2017, Kelley devoted many hours to helping the area recover from the destruction. He loaded and unloaded truckloads of supplies delivered to Our Lady of Refuge Catholic Church, and he also helped deliver bags of clothes and food to people’s residences if they were in need of such supplies. In addition, he helped cut down and remove trees, tree limbs and other debris from the homes and yards of citizens in need of assistance. A member of the Refugio High School National Honor Society, he has volunteered cleaning up around the school and at the concession stands during various sporting events. As a teacher’s aide in a seventh grade math class, he helped tutor students who were struggling and falling behind in their math work. He has also donated his time as an umpire for the Refugio Little League Baseball Association and, when he was participating in the Long Beach Area Code Games, he spent time playing baseball with the children undergoing treatment at Rady’s Children’s Hospital in San Diego. “

Kelley has maintained a 96.2 average in the classroom. He has signed a National Letter of Intent to play baseball on scholarship at the University of Texas, but is projected as an early-round selection in June’s Major League Baseball draft.

“While many high schools have rightfully canceled sports seasons in response to the coronavirus pandemic, we are continuing to recognize and celebrate incredible athletes like Jared Kelley for their accomplishments on and off the field,” said Gatorade Senior Vice President and General Manager, Brett O’Brien. “Like former winners before him, Jared embodies everything we look for in an award recipient and we are confident he will have continued success in sports and in life.”