Gatorade Athlete of the Year Awards 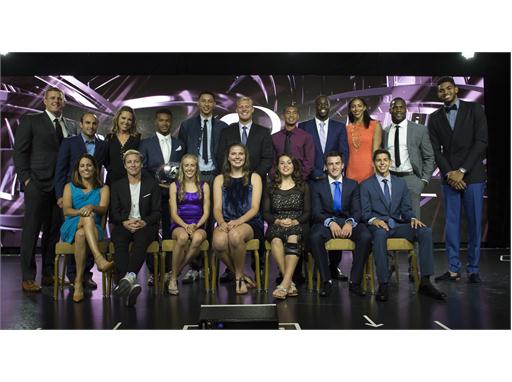 In 1985, The Gatorade Company established an award with an important goal: to honor America’s elite high school athletes in all 50 states and the District of Columbia. Since then, the Gatorade Player of the Year program has become one of the most prestigious high school athletic awards in the nation.

In 2002-03, Gatorade expanded the award program to include a year-end event bringing together its 12 National Players of the Year and naming one male and one female as the top high school athletes in the country – the Gatorade High School Athlete of the Year. The 2014-15 event marked the award’s 13th annual ceremony.

Former winners of the Gatorade Athlete of the Year award include: