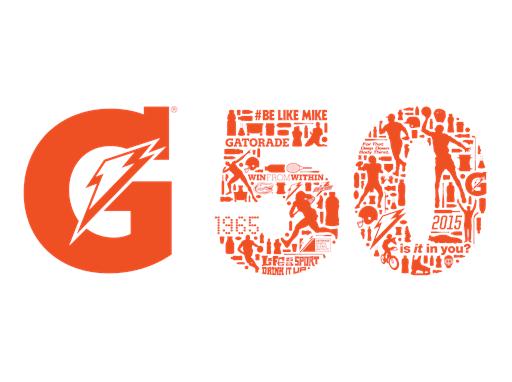 In 1965, Gatorade was created at the University of Florida to help hydrate Gator football players whose energy was fading at the end of practices and games. With the weekend of October 3rd marking the brand's 50th birthday, Gatorade is celebrating during the Gators' home game against Ole Miss. Limited edition UF squeeze bottles will be on the Gators' sidelines to mark 50 years since Florida’s players first used Gatorade during a game. The anniversary is also being celebrated on social media with the hashtag #GatoradeUF.