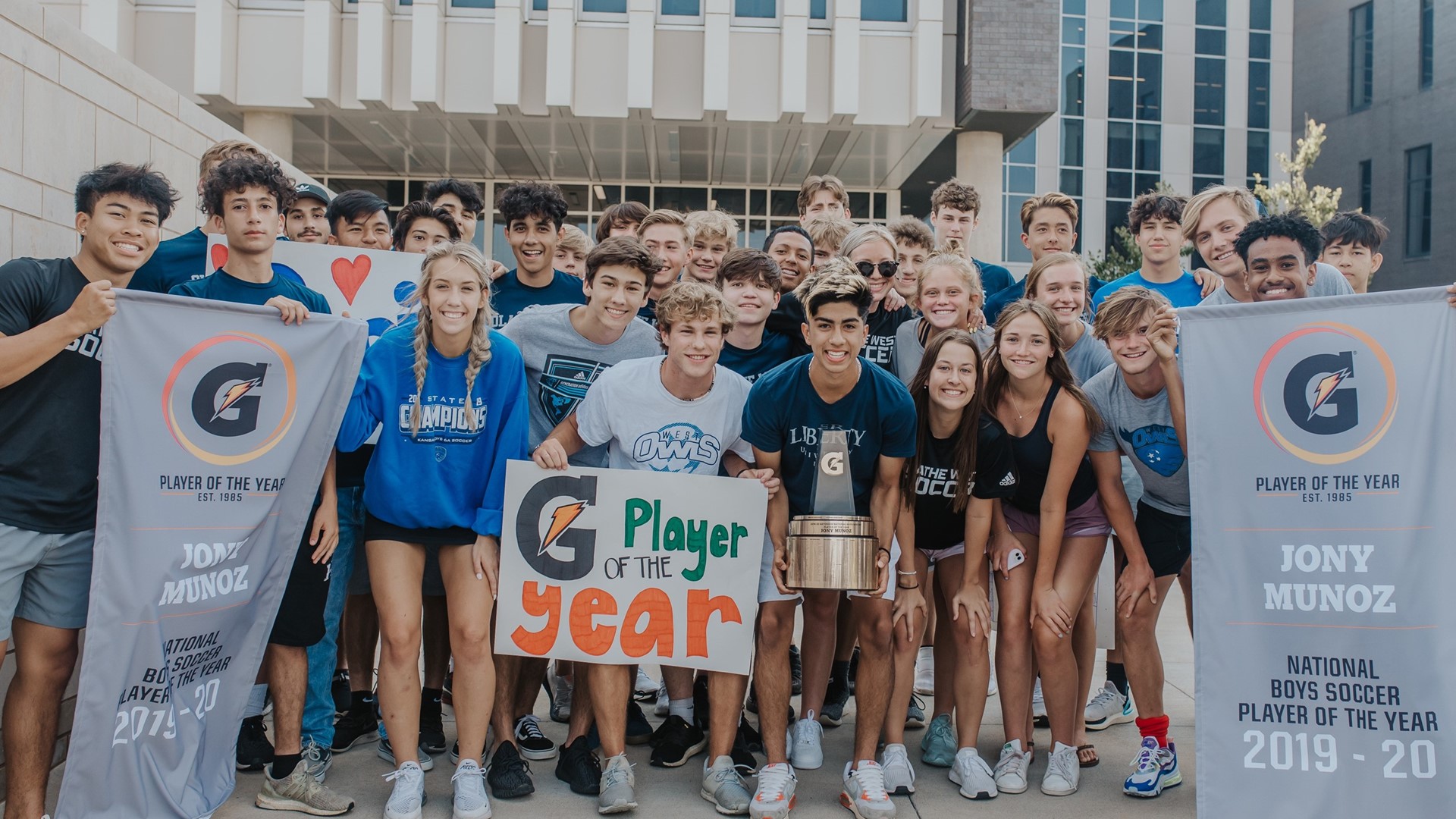 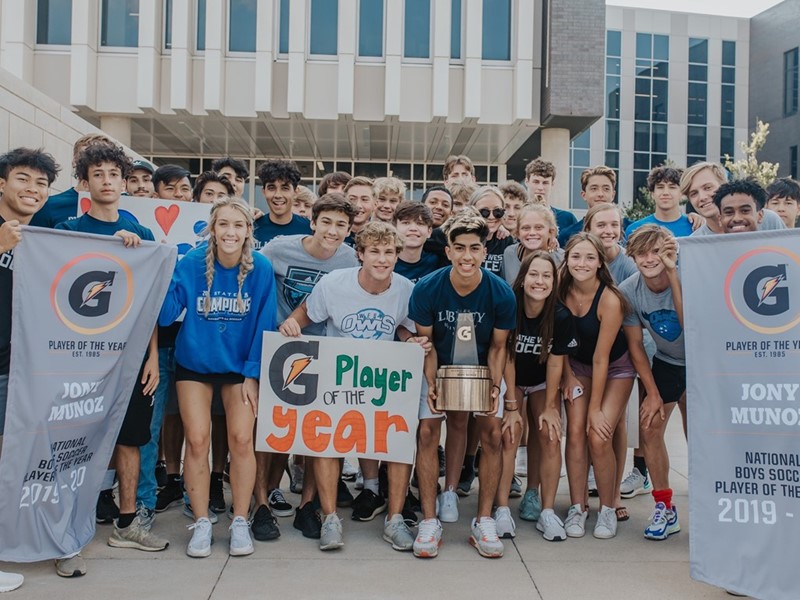 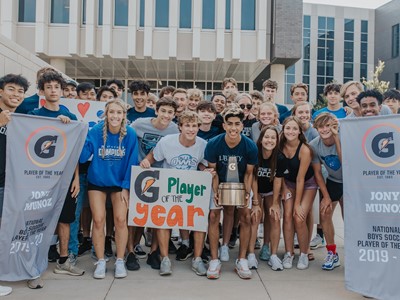 Munoz was surprised by his family, coaches and teammates with a drive-by parade outside his home.

The award, which recognizes not only outstanding athletic excellence, but also high standards of academic achievement and exemplary character demonstrated on and off the field, distinguishes Munoz as the nation’s best high school boys soccer player. A national advisory panel comprised of sport-specific experts and sports journalists helped select Munoz from nearly half a million high school boys soccer players nationwide.

Competition for the national award was fierce. Munoz topped the list of 51 state winners in boys soccer who collectively boast an incredible list of accomplishments, including nine returning Gatorade Players of the Year, 24 First-Time All-State selections and 14 with a GPA of 4.0 or above.

Munoz is now a finalist for the most prestigious award in high school sports, the Gatorade Male High School Athlete of the Year award, which is announced in July.

“Jony has great touch and pace, but where he really stands out is in his ability to control a match from the midfield,” said Sheldon Shealer, High School Soccer Editor for TopDrawerSoccer.com. “He knows exactly when to speed up play or when to slow it down. It was that skillset that earned him West Co-MVP honors at the High School All-American Game last December.”

The 5-foot-7, 133-pound senior forward led the Owls to a 20-1 record and the Class 6A state championship this past season. Munoz tallied 36 goals and 19 assists, including a goal and assist in the team’s 2-1 win over Blue Valley West High in the state final. Named the Most Valuable Player of the High School All-American Game in December, Munoz is a former member of the U.S. Soccer Under-16 Men’s National Team. Ranked as the No. 135 recruit in the Class of 2020 by TopDrawerSoccer.com, he concluded his two-year prep soccer career with 53 goals and 28 assists.

Munoz participated in a service-mission trip to Mexico last summer to assist underprivileged youth. A guitar player in his church’s worship band, he spearheaded a food drive that collected over 1,000 canned goods for the needy. Also a member of his school’s OWLS student-leadership organization, he won the Olathe Noon Optimist Club’s community leader award. “Jony is one of, if not the best, high school players I have ever had the chance to watch,” said Chris Graham, head coach of Olathe Northwest High School. “The kid can do things on the field with the ball that nobody else can do.”

Munoz has maintained a weighted 3.97 GPA in the classroom. He has signed a National Letter of Intent to play soccer on scholarship at Liberty University in Virginia.

“With so many seasons cut short or canceled in response to the coronavirus pandemic, we are committed to recognizing and celebrating the most elite student-athletes in the country,” said Gatorade Senior Vice President and General Manager Brett O’Brien. “There is immense competition for this award with nearly half a million student-athletes playing boys soccer, and Jony Munoz stood above them all.”