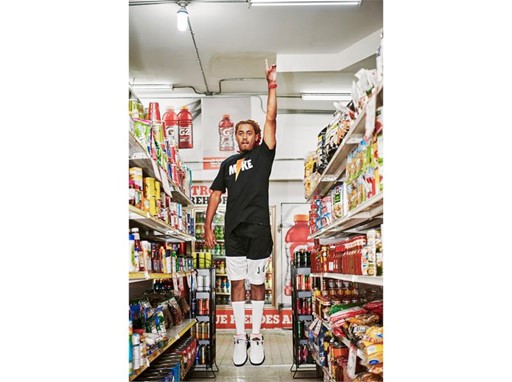 Gatorade and Jordan Brand – two iconic brands that played an integral part of Michael Jordan’s illustrious career – are releasing additional shoe designs for their footwear and apparel line collaboration that first launched November 2017.
The “Like Mike” collection pays homage to the globally recognized “Be Like Mike” campaign from Gatorade and combines Gatorade branding with Jordan footwear and apparel silhouettes. It integrates legacy designs with modern innovation and combines each brand’s style and soul to inspire and fuel today’s athlete, just as the campaign did.
Collection Highlights:
The collection now includes four shoe designs – the Air Jordan VI “Like Mike” and “Gatorade,” Air Jordan I OG High and Air Jordan XXXII – as well as a selection of shirts, hats and more, all featuring Gatorade-inspired colors.
The collection is available for the holiday season on Nike.com and Footlocker in major cities across the country as well as select items on Gatorade.com.
Lastly, Jordan Brand NBA athletes will be wearing special player exclusive Gatorade colorways for Christmas day game action. Featured models include the Air Jordan XXXII mid and low, CP3 X and M13. Keep a lookout on Christmas Day!