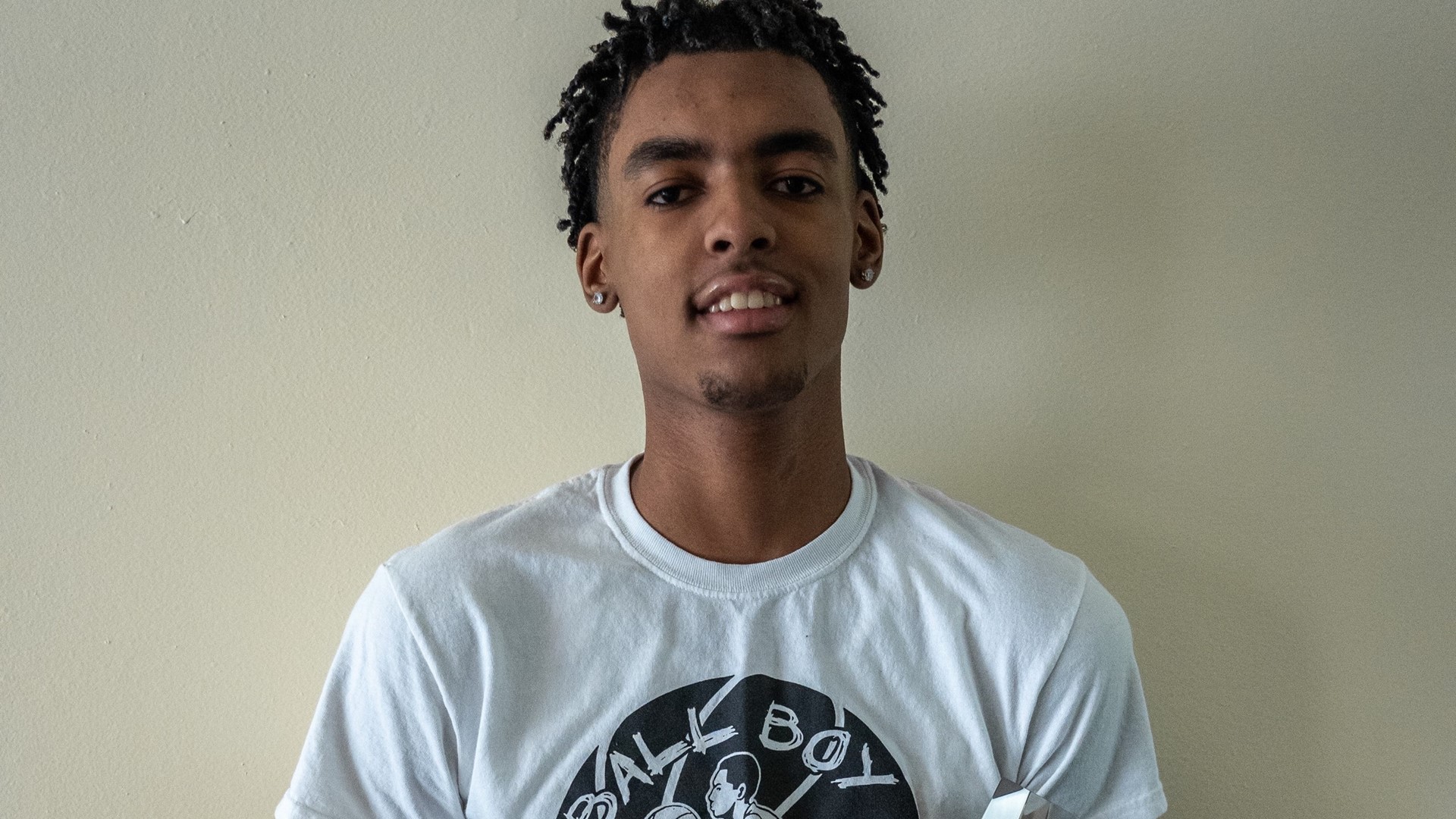 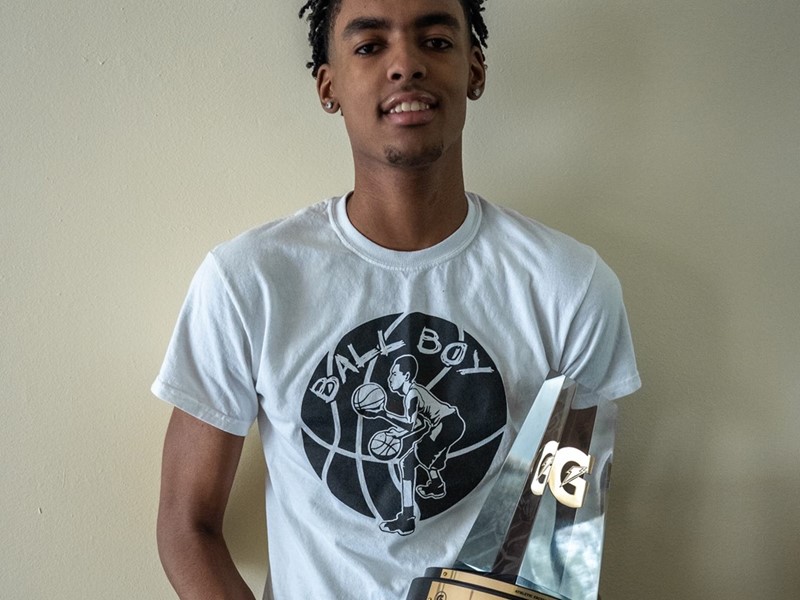 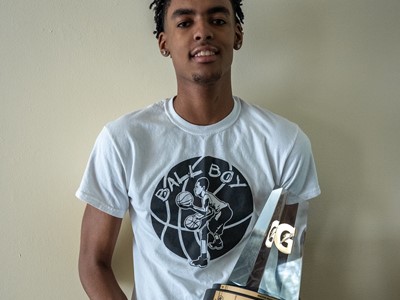 Ypsilanti, Mich. April 14, 2020 – In its 35th year of honoring the nation’s most elite high school athletes, The Gatorade Company today announced Emoni Bates of Lincoln High School in Ypsilanti, Mich. is the 2019-20 Gatorade National Boys Basketball Player of the Year – the first sophomore to win the award. Bates won the prestigious award for his accomplishments on and off the court, joining an impressive group of former Gatorade National Boys Basketball Player of the Year winners who have combined for five NBA MVPs awards, 69 All-Star appearances and 26 became NBA first round draft picks.

Historically, Gatorade National Players of the Year are surprised in person surrounded by their family, friends, teammates and coaches. Due to the ongoing situation with the coronavirus pandemic, Gatorade surprised Bates digitally via a wave of tweets from multiple professional athletes, including Jayson Tatum and Dwyane Wade.

The award, which recognizes not only outstanding athletic excellence, but also high standards of academic achievement and exemplary character demonstrated on and off the court, distinguishes Bates as the nation’s best high school boys basketball player. A national advisory panel comprised of sport-specific experts and sports journalists helped select Bates from more than half a million high school boys basketball players nationwide.

Bates is now a finalist for the most prestigious award in high school sports, the Gatorade Male High School Athlete of the Year award, which is announced in July.

“Emoni Bates is the newest generational talent in the high school game,” said Paul Biancardi of ESPN Basketball. “As a 6-foot-9 sophomore, he owns a slender frame with terrific length thanks to a 7-1 wingspan. His elite ball skills have a profound influence and impact on the game. His ability as a shooter, including his capacity to make contested shots, makes him unique. His gifts off the bounce, his court vision and his fast-developing basketball IQ stand out as well. A key separating trait at this early age is his ‘alpha-dog’ mentality. When his time comes for the NBA draft, we project him as the No. 1 pick.”

The 6-foot-9, 180-pound sophomore forward led the Railsplitters to a 19-3 record appearing in 21 of the 22 games. He also led the team to a berth in the Division 1, District 18 tournament semifinals at the time of his selection. The state’s returning Gatorade Player of the Year, Bates averaged 32.4 points, 9.0 rebounds, 3.0 assists and 2.2 steals per game and was named the 2019 Ann Arbor News Player of the Year. He was also the 2019 MaxPreps National Freshman of the Year. Bates was ranked as the nation’s No. 1 recruit among all high-school-age players by ESPN.com and entered the district semifinals with 1,343 points in his prep basketball career.

Bates has volunteered locally on elementary school literacy outreach campaigns and as a youth basketball coach. He has also donated his time collecting clothes and shoes to give to community churches and groups in need.

He has maintained a B average in the classroom and will begin his junior year of high school this fall.

“The sports world has rightfully pushed pause to address the coronavirus pandemic, which is why we felt it was even more important to recognize and celebrate Emoni,” said Gatorade Senior Vice President and General Manager, Brett O’Brien. “He’s incredible on and off the court and we look forward to seeing him continue to succeed in his chosen sport and beyond.”

Through Gatorade’s cause marketing platform “Play it Forward,” Bates has the opportunity to award a $1,000 grant to a local or national youth sports organization of his choosing. He is also eligible to submit an essay to win one of twelve $10,000 spotlight grants for the organization of choice, which will be announced throughout the year.

The Gatorade Company, a division of PepsiCo (NASDAQ: PEP), meets the needs of consumers who participate in Sports and Fitness, through brands that include Gatorade, Propel, Muscle Milk and Bolt24. The solutions they provide are driven by a deep understanding of the unique needs and occasions of different types of sports and fitness. Gatorade, their marquee brand, is underpinned by more than 50-year history of studying the best athletes in the world and sports-nutrition research by the Gatorade Sport Science Institute, allowing it to provide scientifically-formulated products that meet athletes’ needs both on and off the field. For more information and a full list of products, please visit www.gatorade.com.

PepsiCo products are enjoyed by consumers more than one billion times a day in more than 200 countries and territories around the world. PepsiCo generated more than $64 billion in net revenue in 2018, driven by a complementary food and beverage portfolio that includes Frito-Lay, Gatorade, Pepsi-Cola, Quaker and Tropicana. PepsiCo's product portfolio includes a wide range of enjoyable foods and beverages, including 22 brands that generate more than $1 billion each in estimated annual retail sales.

At the heart of PepsiCo is Performance with Purpose – our fundamental belief that the success of our company is inextricably linked to the sustainability of the world around us. We believe that continuously improving the products we sell, operating responsibly to protect our planet and empowering people around the world enable PepsiCo to run a successful global company that creates long-term value for society and our shareholders. For more information, visit www.pepsico.com.