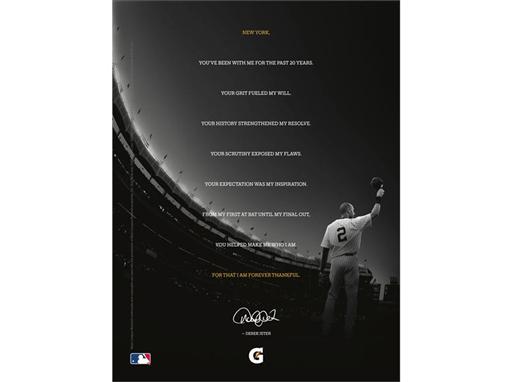 As a partner of Derek Jeter’s from the beginning, Gatorade was thrilled to work with him on a special project tied to his retirement in a way that is so important to him. Thanking the fans was a top priority of Jeter’s going into his final season and he asked Gatorade specifically to help him do it. The two worked together closely to provide a platform for Jeter to thank Yankees fans and the city of New York for their support at the end of his final season.