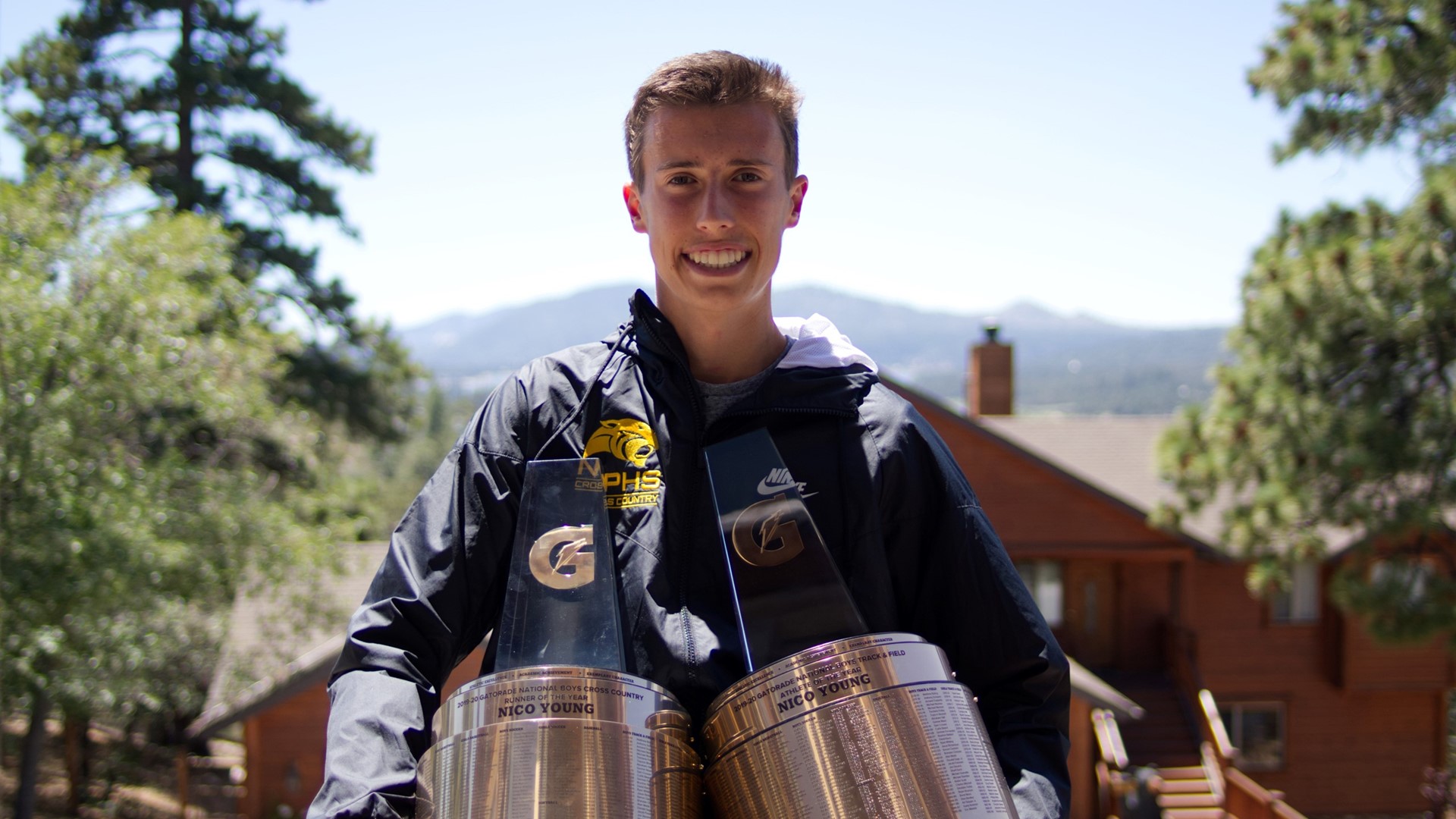 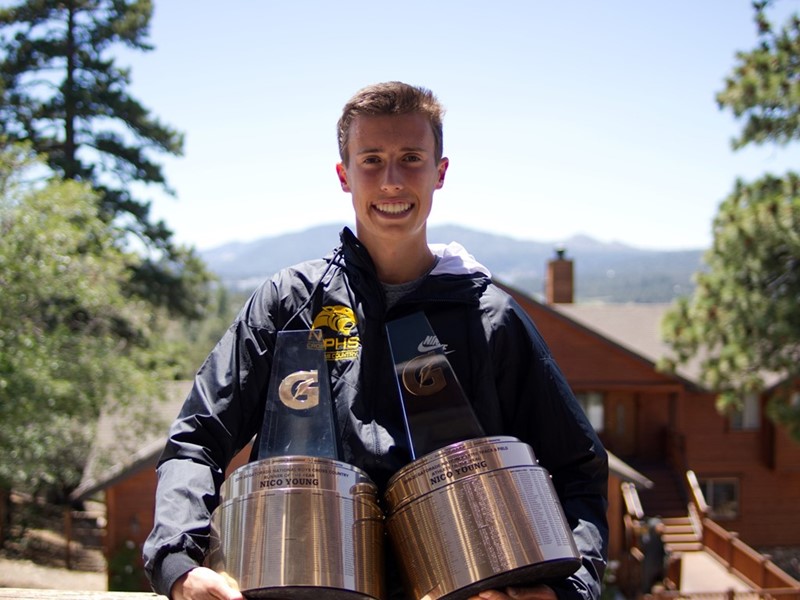 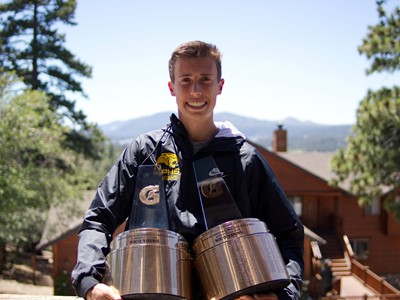 Young was surprised with the trophy by his family, coaches and teammates after practice.

The award, which recognizes not only outstanding athletic excellence, but also high standards of academic achievement and exemplary character demonstrated on and off the field, distinguishes Young as the nation’s best high school boys track and field athlete. A national advisory panel comprised of sport-specific experts and sports journalists helped select Young from more than 600,000 other student-athletes who compete in boys track and field nationwide.

Competition for the national award was fierce. Young topped the list of 51 state winners in boys track and field who collectively boast an incredible list of accomplishments, including eight with All-American honors, 37 who volunteer at two or more organizations and 18 with GPAs of 3.8 or higher.

Young is now a finalist for the most prestigious award in high school sports, the Gatorade Male High School Athlete of the Year award, which is announced in July.

“In a way, Nico Young is still the best-kept secret in the nation as a runner,” says Rich Gonzalez of PrepCalTrack. “That might sound odd given that he’s the reigning national cross country champion, ranks No. 1 in prep history in the indoor 3000, No. 4 all-time in the outdoor 5000 and No. 8 in the 3200, but there’s some truth to it. In cross country, against what was arguably the deepest prep field ever assembled at nationals, he dropped the pack with ease and won by 14 seconds. Indoors, he lopped three seconds off the 3000 standard set by former Gatorade national winner Drew Hunter—names further down that list include a bevy prep distance gods, including Gatorade national winner Alan Webb, who still owns the prep record in the mile (3:53.43, 2001). Young’s PR of 13:50.55 in the outdoor 5000 earlier this month confirms that although he was clearly the best talent in the 2019 cross country season, his better sport is track and field.”

Young has volunteered for the past three summers as part of the Team Leadership program at Camp Many Mansions, a seven-week residential enrichment opportunity for youth from under-resourced communities. “Nico has proven to our team at Newbury Park that if you set your standards high and work hard, anything is possible,” said Newbury Park coach Sean Brosnan. “He continued to train hard after winning Nike Cross Nationals in order to go after the High School 3000-meter indoor track record. Then he flew out to New York and accomplished his goal.”

Young has maintained a weighted 4.68 GPA in the classroom. He has signed a National Letter of Intent to run on scholarship at Northern Arizona University.

“The coronavirus pandemic has put a halt to so many high school events and seasons, but it will not keep us from recognizing and celebrating the incredible achievements of student-athletes like Nico Young,” said Gatorade Senior Vice President and General Manager Brett O’Brien. “To win a Gatorade National Player of the Year award twice in one year is truly a remarkable accomplishment, which Nico has earned through his hard work on the track, in the classroom and in his community.”